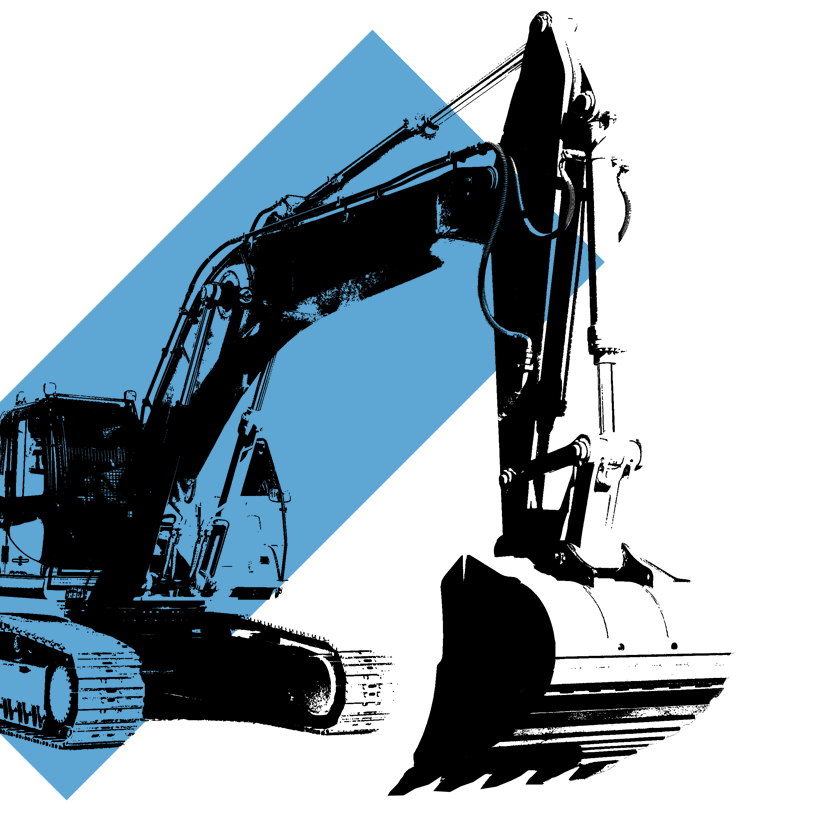 ABOUT THE J. DERENZO COMPANY

FIRST TO ARRIVE.
LAST TO LEAVE.

J. Derenzo Co. has been one of New England’s premier site work contractors for over 65 years. The team’s experience ranges from large scale rural site clearing to some of the most complex, tight-site, deep hole excavations in downtown Boston. Our diversity of expertise has been a key driver in amassing a portfolio of work that is second-to-none in the industry.

ABOUT THE
J. DERENZO COMPANY

THE SERVICES WE OFFER

Roadways – both the installation and paving of the roadway itself to the necessary infrastructure – is something at which our teams have excelled. From simple signalization improvements, to new highway ramps and bridge widening... Read More

J. Derenzo Co. provides snow and ice control services for both municipal and commercial clients. Our modern, specialized fleet of over 100 pieces of equipment can be deployed at a moment’s notice for winter services.... Read More

Utility installation is often a component of our sitework packages. Our experience includes water, sewer, drainage, gas, electric, irrigation, and fiber optics. From simple utility stubs at city projects, to the jacking of an 84-inch... Read More

Our extensive and varied experience provides our team the in-depth knowledge to create the most effective work plans and detailed estimates for clients. We also collaborate with our engineering partners at the earliest possible point to get the most information possible on the work site, underground conditions, soils and other potential impacts on the project. We will work with the engineers to prepare earth support and de-watering systems to address all conditions and develop the most efficient solution to every project, regardless of size, scope or complexity.

J. Derenzo Co. provides a complete array of site development services: site clearing; soil transportation; utility cut-and-cap and installation; paving; curbing; traffic signaling; and lighting. We have successfully performed work that ranges from removing underground water tanks to removing 750,000 cubic yards of soil from a 30-acre site to make way for a suburban shopping center, our teams have the expertise to tackle any and all site development projects.

Roadways – both the installation and paving of the roadway itself to the necessary infrastructure – is something at which our teams have excelled. From simple signalization improvements, to new highway ramps and bridge widening projects, our teams have successfully completed a range of projects in this arena. We believe that it is not just our technical expertise in these areas that makes us successful, but our sensitivity to maintaining access and traffic flow throughout the course of work.

J. Derenzo Co. provides snow and ice control services for both municipal and commercial clients. Our modern, specialized fleet of over 100 pieces of equipment can be deployed at a moment’s notice for winter services. Our professional drivers and operators provide uninterrupted service to create safe and passable road conditions. The team is available 24 hours a day, seven days a week.

Utility installation is often a component of our sitework packages. Our experience includes water, sewer, drainage, gas, electric, irrigation, and fiber optics. From simple utility stubs at city projects, to the jacking of an 84-inch pipe under a congested metropolitan avenue for a utility raceway, our staff knows how to successfully implement the work in the quickest and most cost effective way. 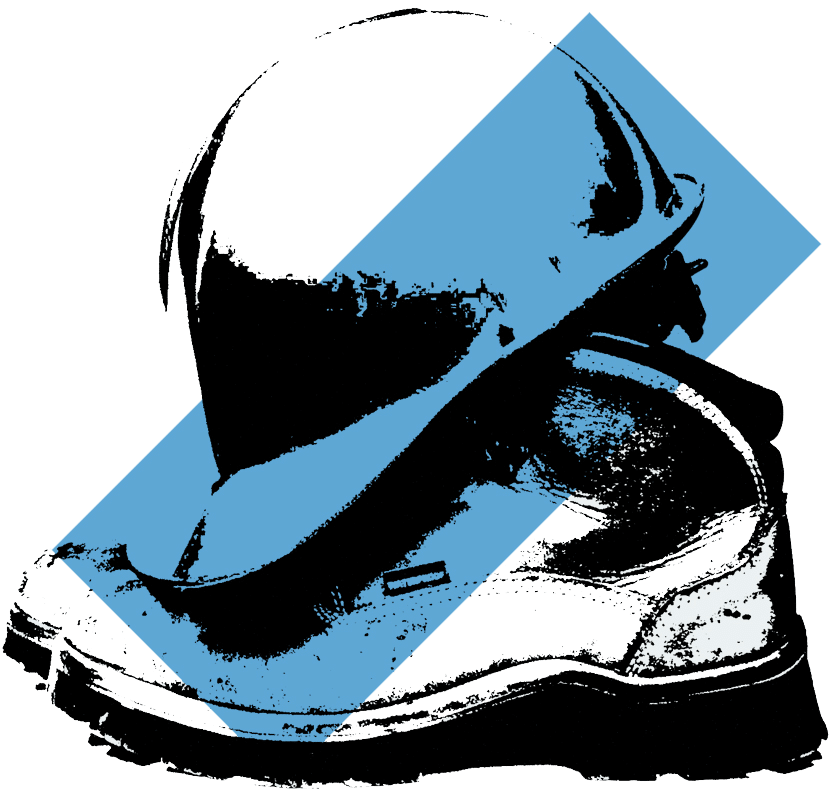 THE STANDARD FOR PROJECT SAFETY

Our commitment to safety is clear from our growing staff of full-time safety managers, commitment to staff training and proactive and continual improvement of practices, processes and resources.

JDC Demolition performed the demolition of the 10-story former Metropolitan District Commission Headquarters to make way for Suffolk University’s new academic and science classroom building. Located in Boston’s Beacon Hill/Government Center district adjacent to the McCormack State Office Building and across the street from the John Adams Courthouse Building, the site is extremely tight and highly sensitive. JDC’s team has to stick to a tight “one in, one out” trucking schedule. JDC will complete the work in just 90 days to make enable Suffolk to maintain an aggressive construction schedule.

JDC Demolition performed structural demolition of this four-story wood-frame structure at 114 Mt. Auburn Street in Cambridge. From the building’s dense site in the heart of Harvard Square to the operating MBTA lines directly underground and the close proximity of abutting buildings made demolition an extremely sensitive operation. The team had a very restricted area for laydown, deliveries and on/ off loading. J. Derenzo Co. site crews followed the demolition crew to prepare the site for new construction.

J. Derenzo Co., JDC Demolition, Inc. and Boston Environmental are managing the site work; excavation; utility installation; demolition; abatement; and environmental monitoring portions of work at Boston Landing. Boston Landing in Brighton is one of Boston’s most highly anticipated new developments. This multi-phased project, constructed by J. Moriarty & Associates and Gilbane, will house 650,000 square feet of office space, including a state-of-the-art headquarters for New Balance, along with a sports center, hotel, retail, restaurant space and the new practice facility for the Boston Bruins. J. Derenzo Co.’s steady progress with site work and excavation has kept the aggressively scheduled project on course. The team bulk excavated down 20 feet, managed the sheet-driving operation for the below-grade parking garage, removed underground fuel tanks, installed several interior plumbing pits, and prepared the excavation to receive the slab on grade for the garage. In all, the team removed more than 85,000 tons of excavated soil from the nine-acre site in only three months. Next up, J. Derenzo Co. is performing all the sewer, water, and drain infrastructure in preparation for the full depth reconstruction of the surrounding public streets. J. Derenzo Company will be reconstructing a 1,300 linear-foot stretch of Guest Street in Brighton for acceptance by the City of Boston, including all new pavement, curbing, and street lighting infrastructure. Meanwhile, JDC Demolition cleared the way for this project by removing a 350,000 SF manufacturing/warehouse facility back in January 2013, which abutted CSX track, and removed a 50,000 SF office building in March 2013. JDC Demolition is currently performing the structural demolition of a former tour bus garage located at 77 Guest Street, and just completed the selective demolition of the existing New Balance Parking Garage by removing portions of the corner stairwells to make way for renovations and upgrades. JDC Demolition will also be demolishing the existing B.L. Makepeace building on Guest Street which will complete the clearing of the footprint of the new sports complex. Boston Environmental Corp. performed initial environmental surveys on site prior to the start of work; throughout construction the crew is monitoring air quality and coordinating the disposal of contaminated soils. J. Derenzo Co. expects to be on site through the completion of construction in 2016. Enjoy NESN’s coverage of the groundbreaking for the Boston Bruins here: http://nesn.com/2014/12/bruins-break-ground-on-new-practice-facility-warrior-ice-arena/